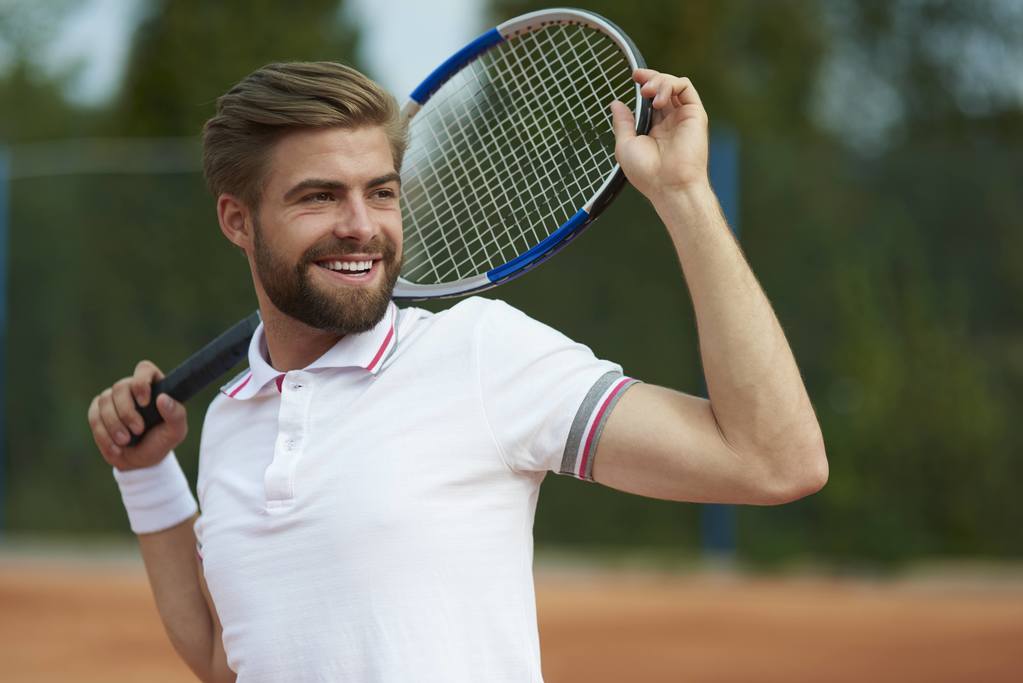 The tennis season is almost coming to an end, the first Grand Slam will be starting in January and I thought it would be appropriate to talk about small things that can be important to succeed in a major tournament.

The scenario I will develop is for contestants with a chance at winning a Grand Slam. The location is Melbourne, Australia, Australian Open. You can extrapolate this to any tournament of importance with identical conditions.

Many players, either by sheer anxiety or because they do not think they are well prepared for a major event, tend to overtrain and to enter a series of events that in the end are counter productive for the tournament where they really want to do well.

EXAMPLES OF WHAT NOT TO DO:

– Over extend yourselves in extremely long practice matches or tournament matches the week before a major event.

– Enter 2 or even 3 tournaments in a row before a Grand Slam or a Major tennis event.

-Enter an ATP/WTA professional Tournament the week preceding a Grand Slam or a Major tennis event. This is a NO NO for a title candidate…especially if you consider yourself one. Take Roger Federer as an example.

– Overtrain or train too hard the week preceding a Grand Slam or a Major tennis event thinking that you need extra training hours in order to feel confident. Instead it is time for tapering.

– Go to the gym and “pump some iron” the week before a Grand Slam or a Major tennis event.

– Go for long runs the week preceding a Grand Slam or a Major tennis event.

EXAMPLES OF WHAT TO DO:

– Start working 6 weeks before the Grand Slam or a Major tennis event 5 to 6 hours a day, tennis, mental, physical and regeneration training. Tapering at the end of 2 week training, play the first tournament ideally on the 3rd week. (Yes, in periodization training it is called a Microcycle)

– Enter an official tournament ATP/WTA three weeks before the Major or Grand Slam, play hard and try to win it.

– The next 2 weeks should be concentrated in keeping your reflexes, reaction time, general strength, speed and resistance alive, with a reduction in court time and physical condition time to 2.30/3 hours. Use plenty of variety in workloads and intensity in all training sectors.

– In the week preceding a Grand Slam or a Major tennis event or any tournament, forget about drills and repetitive work and just focus on matchplay, pointplay and variety.

– Enter an exhibition or play a few friendly matches the week previous to the Grand Slam or a Major tennis event.

This is the best way to get match play without the stress from ATP/WTA points or rankings…and it allows you to try anything you have practiced or desire to still practice.

– Do starts and short sprints to stimulate your reaction time and speed.

– Keep workouts outside the court short, varied, interesting and lively.

– Smile plenty enjoy what you’re doing have a good time doing it.

– Enjoy your practice partners make them your friends and admirers.

WHY NOT enter an ATP/WTA professional Tournament the week preceding a Grand Slam or a Major tennis event?

– As we all know there is no amount of training that can retrograde the natural cycle of regeneration of our cell system which goes in high and low cycles of approximately 21 days.

– Playing a winning tournament the week before the Australian Open is a NO NO. Playing 7 days at a great cost of physical and mental resources can drain you of much needed energy for the Grand Slam Tournament.

– Also, considering that the Australian Open is another 15 days adding up to a total of 22 days up to the final, it means that you could rescue the first five days at the Australian Open. But, physically you are practically doomed to lose in the next 10 days, because after 12 to 15 days your red blood cells start to die and the natural low red blood cell count will come into play. This lowers your physical performance by 30% or more, resulting in mental and physical fatigue and sloppy performance, which leads to crucial mental lapses in close matches. As we saw in the final of the US Open 2007, where Novak Djokovic was a victim of the sun, long matches, a horrendous schedule and the failing of his regenerative system in other words his red blood cells or the lack of.

– Some try to cheat with EPO and other means to compensate for the lack of red blood cells, but scientists and science labs know that Superman does not exist!…and even if the athlete does not get caught for EPO the consequences can be dire: EPO for example, thickens the blood to a point where the risk of heart attack rises by 90%!

OTHER FACTORS TO PAY ATTENTION TO:

– Another factor to take into consideration is the myth that practicing in the sun makes you more resistant to it! That is a complete fable. If you are well conditioned, the week before a Grand Slam such as the Australian and during the Australian, if you are a contender try to practice very early in the morning or very late in the afternoon or evenings after sundown.

– Stay as much away from the sun as possible. Save every darn ounce of energy for your matches, training in the Australian sun is suicide, you just don’t need it. (Of course you will need some training in the sun, but keep it to a minimum)

– While you are in the tournament, there is a great temptation to go into a swimming pool at the hotel or elsewhere. Just DON’T! Swimming solicits muscle groups that will make you slow and even lead to poor coordination.

– Use the Jacuzzi for a brief moment (max. 5 minutes) for short regenerative and relaxation proposes. Hurry, do not stay too long, it can turn you into a marsh-mellow for the next day.

– Do NOT lay in the sun to get a total tan, the sun will sap your energy!

– If you are scheduled to play in a day match take the following precautions two or three days before and during the tennis matches:

– Drink at least 5 to 8 liters good clean water the day before. Yes you will go to the toilet plenty but you will need the fluid reserves.

– On the court Do Not eat bananas! It is the most ridiculous thing you can do! Bananas take 3 to 4 hours to digest and they will just drive important and necessary blood into your digestive system that otherwise would be used in other parts of your body to generate or bring energy specifically to your lungs and muscles (oxygen & glycogens)!

– Take a watermelon already sliced and eat it at every break from game one.

– Take your your power bars and electrolytes with you but, if you need a pump/kick, drink a few swigs of Coca Cola just before the closing phases of each set and especially before the Tie-breakers! Of course you will have to deal with a possible sugar low after that, but you won the set!

– Do NOT wait for physical failure to happen. Take precautionary measures against the sun and fatigue before it happens, once heatstroke or cramps start it is to late!:

1-Use a hat covering the back of your head/neck if possible (from the first game on!).

2- Cool off your head with water or a towel filled with ice from the first change over!

3- Use the a towel filled with ice cubes on the back of your neck and leave it there throughout every change over of the match!.

4- Use another towel filled with ice cubes at every change over and rub your legs with it thoroughly (quads, hamstrings, calves and arms too!)

6- As I said before, eat watermelon, plenty of watermelon.

There is plenty more, but somethings are really private, like the amount of kissing you do with your girl friend! Let me tell you, it did not seem to have negatively affected Björn Borg tennis performance, on the contrary he was doing great! Back in the seventies while I was playing the Turo under 18’s and the Barcelona Open qualies, I saw Björn almost every evening glued to his girl friend’s lips on our hotel stairs! Boy that devil was a world champion Kisser! But, you should be more serious than Björn and consult with your coach or training team before taking any of such measures. (smile)

All the best in your tournament!

For quick access to all links to the referenced articles please go to http://www.tenniscruz.com

All the best in your tournament!